TIVOLI, Texas — A Tivoli, Texas, woman whose house was destroyed in Hurricane Harvey now has a brand new place to call home thanks to some area relief groups.

83-year-old Irene Garza has lived in the same house built by her husband for 55 years. She has four daughters and many grandchildren and great grandchildren, so her home was the base for the entire family.

“Like all the holidays, we would get together in my house,” Garza said.

After Hurricane Harvey ripped through the Coastal Bend, Garza’s home was no longer a place to host, and definitely not a place to live.

“Just the way it looked,” Fernandez said. “I couldn’t imagine anyone living here, not even a homeless person.”

Fernandez said the bedrooms were filled with mold.

“The restroom was covered in duct tape and plastic basically holding it together,” Fernandez said.

Garza had already been living in the house for months, and that was unfathomable to Fernandez.

“When do you take a shower? Do you put a heater here?” Fernandez said. “She goes, ‘No, I try to take a shower when it’s warm,’ which at that time it was freezing.”

So Garza moved out of her home while her house was demolished and rebuilt. After a year-long process, Garza now has a home again.

Fernandez said there are still many people in the Coastal Bend whose houses have gone unfixed after Harvey, and she encourages them to reach out to the Coastal Bend Disaster Recovery Group. 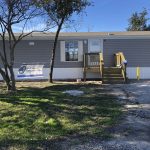 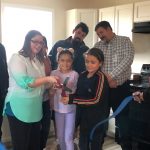